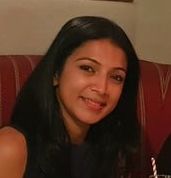 When we think of robust development solution, the first multi-paradigm programming language that comes to mind is JavaScript. Due to its feasibility, it became most developers preferred since it was released.

In initial days, JavaScript were used in the client side, but presently JavaScript’s play an indispensable part in the development of web, front end development & back development and last but not the least in mobile app development. In a simple sentence JavaScript is a language of web.

Since the JavaScript made its mark, it has been under constant development. Being a progressive framework, there are number of different JavaScript with their own pros and cons.

Developed in 2016 to be used in the front-end development. Regardless of its more modest structure, through exact documentation and Typescript support, Vue has been developing extensively at a high rate. It is versatile, thus focused on building single-page applications (SPAs).

Due to its simple and unrestricted nature, it is one of the cost effective virtual DOM view options. With its rich features and seamless integration, it has been used in Nintendo & chess like app.

Created by Facebook. Used in development and operation of dynamic user interfaces on web pages, thus making it ideal for high incoming traffic. It is one of the finest JavaScript used in front-end development.
With such a rich open source library, it ensures faster mobile app development, enhances the performance and offers a high-end user experience.
The development efficiency of any app on react framework increases due to reusing the components and reducing the effort on the maintenance of the app. Moreover, it is very engine-friendly and ensures steady coding. Giants like Facebook, Instagram and more still uses react for their development.

The most powerful JavaScript for backend development, released in 2009. One of the main JavaScript used on the server-side in run-time environment. The JavaScript was meant to build network application at scale. Developed on Google Chrome’s engine, Node. js leverages asynchronous loading from its APIs for faster interaction.

Node Package Manager (NPM), one of the most indigenous JavaScript, consisting of one million libraries.

Thus, the Node.jsis one of the crucial open –source- JavaScript with ability of cross platform.

Another backend JavaScript for server-side rendering, based on the React.js. This JavaScript is still very popular in developers’ groups. The JavaScript basic principle is “build once, run everywhere,” allowing to have web development and also mobile app download.

Developed by Google in 2016, angular covers 26.23% of the market. Angular became the best JavaScript for large-scale applications.

Due to its features like two-way binding, TypeScript support, Ivy directives and much more, it can be used for front end development as well as backend development to create dynamic Single Page Apps (SPAs) and Progressive Web Apps (PWAs) with faster page loads.

Angular famous two-way data binding which naturally synchronizes information between the data set and the client, saving developers from being required to define requests and responses when a client cooperates with the UI. The framework likewise upholds dynamic rendering with its JSON-based processor.

Another feature of Angular is its utilization of HTML templates so the browser can directly parse the file.

One of the principle advantages of Angular is that the JavaScript framework depends on the browser to assemble the page, alleviating the burden on the application’s server and prompting quicker load times.

Express.js came in fourth position among JavaScript framework by covering 23.6%. Being an open source and minimalistic back-end development framework based on Node.js, it became the first choice of developers use for building complex APIs and web applications.

With Express, you can make RESTful APIs to incorporate with other applications and progressively serve static HTML documents to the web.

The JavaScript has acquired gigantic prominence lately, and because of that, it has turned into the best option while utilizing the MEAN or MERN stack.

The USP of Express JS is its fast server-side coding capacity, and it empowers web application developers to finish any complicated responsibility inside only minutes.

Ember.js was released out in 2011. It is one of the JavaScript framework used in front-end development due to high level of scalability.

Due to its scalable nature, developers use it for scalable enterprise-level applications. Its emphasis is on building rich, intuitive UIs regardless of the size of the site.

Ember’s development model is worked around HTML and CSS, bringing down the expectation to learn and adapt. The JavaScript adopts a component-based strategy worked off the Handlebars templating engine.

One benefit of utilizing Handlebars is that the templates update consequently with pertinent information changes. It likewise offers the Ember Inspector device for debugging and extra additional items through its easy to use API.

One benefit of the Ember framework is its emphasis on convention over configuration, meaning it focuses on out-of-the-box functionality.

Sheelu George is a Senior Business Analyst at Fortunesoft IT Innovations. A technology enthusiast and a strong believer in end-to-end Software Product Engineering, agile & DevOps